I.  Purpose:  To describe the creation, use, and maintenance of residual accounts.  A residual account is established when a sponsored research project is fully closed out with all expenses paid, including reimbursement to VA for services, and PAVIR has no obligation to return funds to the sponsor.  In most cases residual funds are derived from industry sponsored awards, but residuals may also be generated from Fixed Price, Fixed Fee and Fee for Services awards.

II.  Policy:  PAVIR recognizes the value to Principal Investigators (PIs) of funds without external obligations or expiration dates yet does not support the concept of residual funds being accumulated without a plan for their use.  All aspects of this policy apply to current and future Residual Accounts.

III.  Financial Impact on PAVIR:  Implementing this policy and appropriately using the funds in the residual accounts benefits PAVIR by protecting and increasing our negotiated Indirect Cost Rate.  When funds from residual accounts are spent on indirect cost pool allowable and allocable activities, they protect PAVIR's only source of income supporting the administrative office – indirect revenue.

IV.  Fiduciary control:  All sponsored awards are made to PAVIR; PAVIR accepts awards on behalf of PIs and is responsible for funds disbursements and asset management.  Residual funds are the property of PAVIR and under the control of PAVIR’s Board of Directors (Board).  Such funds may be transferred into PI accounts and used to support the research and education mission of PAVIR, yet ownership of the funds remains with PAVIR.

V.  Procedures:  At the end of an award, the PI and the assigned Contract & Grant Analyst (CGA) will review the account to ensure that all charges are appropriate and that all sponsor deliverables have been met.  This review should include and assure that no other sponsored funds have been charged in the fulfillment of outcomes/deliverables related to the project; that costs were not charged to standard of care when they should have been considered as research and charged to the sponsored study; and that the study fully paid the VA Palo Alto Health Care System (VAPAHCS) for clinical and ancillary services.  Upon finalizing this review, the CGA will confirm in writing PAVIR’s ability to retain any remaining funds as applicable and close the PAVIR account.  Within 30 days of account closure, PAVIR will establish a residual account and fund it with the unspent funds from the closed account.  If the PI already has a residuals account, the funds will be added to the existing account.  Statements for these accounts will be auto generated and sent to the PI monthly.

VI.  Beginning July 1st each year, with the intent of movement of funds by fiscal year end, PAVIR management will review all Residual Accounts, looking at balances as of the June 30th statement, and at the PI’s research and education activity using the following as guidelines.

VII.  If the Principal Investigator departs from VAPAHCS the Residual Account will be closed and any balance will revert to PAVIR Administration.  See PAVIR’s policy on PAVIR PI Eligibility and Transfer of Funds or Equipment for more details.

VIII.  Exceptions to this policy can be made by the Chief Executive Officer to meet the program and business needs of PIs and PAVIR. 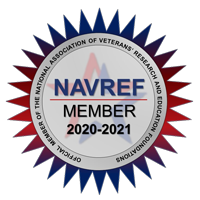